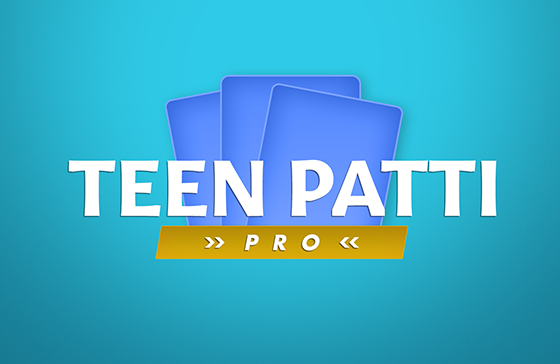 The serious Teen Patti players are welcome to this game. The Teen Patti game has a more professional approach in this version, and hence it is advisable to play the game if you are highly familiar and experienced with it.

Teen Patti Pro is no different than the regular game, except that the stakes are higher, and so is the fun and excitement. This version of the game also allows the players to play the different variations of Teen Patti.

Features of the Game

The game starts with higher stakes being collected as the ante bet, and accordingly, the following bets and rewards are also much larger. The rules of the game remain the same with the option of playing blind or seeing. The hierarchy of the cards also remains the same with the trio being the most valuable. The aces are the highest cards and the sequence AKQ is the most coveted. A23 is the second most valuable. Sequences in one suit are more valuable than those made up of two or more suits. These are followed by the colour run, pair and high card

The Teen Patti casino has many variants of the game, but this is by far the most exciting and intense one owing to the amounts at stake. This room is certainly not advisable for beginners and is open to those who come to play with bigger bankrolls available to play the game.