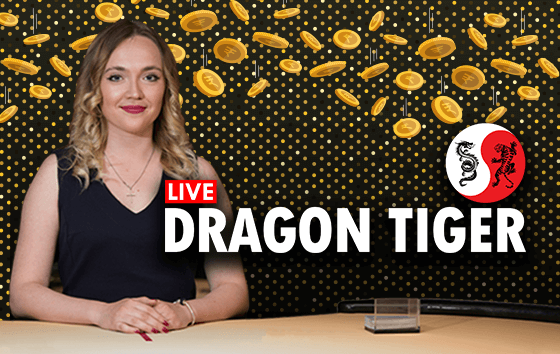 Dragon Tiger is essentially a single draw betting game based on Baccarat. The rules, which are associated with deciding what a losing card is, what a winning card is and the amount that is paid if you place the correct bet, are all incredibly simple. You can master it all within a few minutes.

Dragon Tiger is fundamentally a 2-card version of the Baccarat game that has gained a lot of popularity among the Indian players, thanks to the super-fast pace at which the game progresses.

As mentioned earlier, the rules are so simple that even a layman can understand it with ease. You don’t need any special skills and there are no special rules to enjoy the game. The only two rules that you should know before playing are:

Before the cards are dealt, the players have to wager on which card will be the highest – the Dragon or the Tiger. The dealer deals out two cards for a single game – one each for the Dragon and Tiger betting spots – both of which are face up. There’s no more action in the game. If you have placed your bets correctly, you win and you will get your pay-out accordingly.

You can also bet on a tie i.e. you place a bet on whether the two cards will be of the same value. However, it’s better to avoid the tie bet; it’s better to stick on to the Dragon and the Tiger bets as they have the lowest house edge. You can also place a few proposition bets on individual bets.

These are the only few rules and betting strategies that you need to understand before placing your bets in this game.

Is It Legal to Play Dragon Tiger in India?

Online gambling is illegal in some jurisdictions, especially for games of chances. However, games of skills are ruled out of this. So, check your local online gambling laws before playing.

Place your bets wisely and stand a chance to make a big win in the online Dragon Tiger card game.