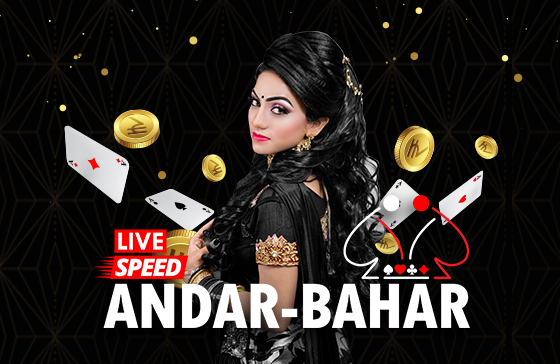 Andar Bahar is a game based on the traditional Indian game by the same name. The game that originated in the southern part of the country is now popular across the nation and in the neighbouring countries. Andar Bahar literally means “In-Out” and is played just as the name suggests. It is an exciting game where the results have a 50-50 probability and the results are declared quickly.

There are several existing and popular live dealer table games and card games that can be found in an online casino. The Andar Bahar card game is a live dealer game new to the online casino circles. It is easy to understand and easy to play. It does not require any special skill or knowledge and can be played by anyone. The players have only two options to choose for placing their bets. The best part of the game is the speed with which the game turns around.

Andar Bahar rules are very simple and straightforward, making the game easy and enjoyable to play.

The game uses a single pack of cards. The dealer deals the first card face up in the middle of the table and then continues dealing one card at a time, face-up, alternating between the left and right sides. Whether the second card is dealt on the left side or the right is determined by the colour of the middle card. If the first card is red, the second card must be dealt on the outer slot. If it is black, it starts with the inner slot. The game ends when a card with the same value as the middle card is dealt on either side.

The players of the game have a 50-50 chance of winning in the game. If the player guesses the wrong side, he obviously wins nothing. The pay-out for guessing the correct side also depends on the position of the second card dealt. The details of the pay-outs for the game are available on the game screen for the reference of the players.

Is It Legal to Play Andar Bahar in India?

Casinos and gambling are legal only in certain parts of India. The laws regarding gambling activities are regulated by the respective states. These laws are applicable only for gambling that happens on Indian land. They do not even apply to the floating casinos that can be found in the Indian waters. Therefore, online casinos are free from any Indian laws. Using the same considerations, Andar Bahar casino game is also legally permitted on Baazi247.