One of the most popular card games in India, Teen Patti is also known by the names Flush or Flash. As the name suggests, it is a game of just three cards and the winner is the one who has the best hand. The game can be played anytime anywhere from India, provided you have a set of friends to play with. 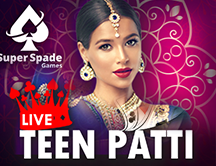 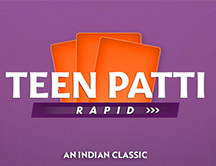 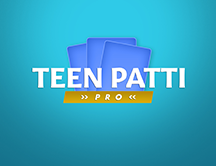 Teen Patti online is also available now and that still allows the players to play it anywhere, anytime, but now you do not have to wait for friends to get together. If you have the urge to play, just log in to Baazi247 and play Teen Patti online game from India. You can still play the Teen Patti game with your friends if you are all online and on the same table.

How to Play Teen Patti Game?

The game needs a minimum of three players. Even two players can play the game, but there isn’t enough excitement for an ultimate Teen Patti game. With one deck of 52 cards, a maximum of 7 players can play the game. A pre-decided dealer starts the game. All players get a chance to deal one after the other. Each player is dealt three cards and the player with the best cards in the hand wins. There are certain terms that you will need to know before playing the game. These are explained below:

This is where all the betting money gets collected

This is the minimum bet that is collected from all players taking part in the round. The amount is added to the pot at the beginning of the game.

§ Equal to the boot amount or more for the first player

§ Equal or double if the previous player is also playing blind

§ Equal or half if the previous player is playing seen

§ Double the boot amount or more for the first player

§ Equal or double if the previous player is also playing seen

§ Double or quadruple if the previous player is playing blind

A player can fold or pack the game if he thinks that the cards do not have a scope of winning. At the time of folding, the players need not add any amount to the pot.

Asking for a Sideshow

A player can ask for a sideshow from the previous player if he is also playing seen. The player may or may not agree for the same. If he agrees, both players compare their cards and the one with a weaker hand has to fold. If the cards are equal, the player requesting for a side show must fold.

The betting for the pot continues until you are faced with the following:

Rules for Asking for a Show

In Teen Patti card game, the hands are ranked as per the following combinations presented in the descending order

There can be several variations of the game that affect the ranking of the cards. Some standard ones are:

The jokers from the deck are added to the game. These can represent any card to form a hand.

This is the reverse of the usual game; the player with the weakest cards wins.

All cards with the same rank as a selected card can be treated as a joker.

You can play Teen Patti online with virtual money, but you can also play Teen Patti online for real money on several websites. You can win a good amount of money just on the basis of the cards in your hand. Even though you are playing it virtually, the experience is the same as playing the real Teen Patti game. With Teen Patti Live, you can participate in actual tournaments with real players.

The game of Teen Patti has come a long way from being played in private gatherings. By being available online, it is now available for all to play privately. The various modifications of the game are often crafted by players. Some of the versions of this game include Teen Patti rummy. You can use the Teen Patti Royal app to enjoy the Teen Patti rummy game and many other variants in India.