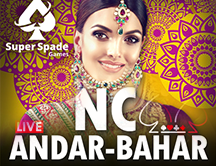 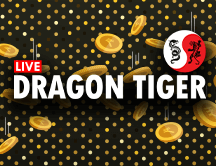 When some of these games are combined with betting, they take the form of gambling. Many such games are popular in the casinos and are also available on popular online casinos. Apart from this, any game that involves betting is there in a casino. There are a large number of applications and websites that allow you to play card games online.

The most popular card games played in the casinos are Poker, Blackjack, Baccarat, Teen Patti and Rummy. Some other top-rated Indian card games are also a part of this list of top 10 card games. The details of these games are as below:

The large variety of games include many, which can be played with two or more players as well. Some of the games that you can play with two players are Rummy, Gin Rummy and 7/8. Rummy is one of the most popular two-player games. It requires players to arrange their cards in sequences of three or more cards.

The player needs to make at least two sequences, one of which must be pure. The other cards can be arranged in series using jokers or trios or four-of-a-kind pattern as well. The first player to get the required setup declares wins. The other player(s) get a penalty for all the cards that they have not been able to set in sequences. The maximum penalty for a player is at 80 points.

Players can play the Rummy card game online with two or more players.

A trendy game that requires three players to play is the 325 card game.

Only three players can play 325 card games, and reduce the deck to 30 cards only. Teen Do Paanch requires the players to play ten hands, with each hand collected by the player who has played the most valuable card.

The dealer need collects two hands, while the player calling the trump should collect five. The third player needs to collect three. If a player receives extra hands, he gets the privilege to swap cards with one who has failed to obtain the required number.

This classic Indian card game, also known as Sweep, requires two or four players to play. In the case of four players, those sitting opposite play as a team. The seep card games are played to capture cards with maximum points from a specific layout set on the table. When one team or player gets a lead of 100 points or more, the game ends. Alternatively, the players can decide how many turns the game should have.

At the end of the Seep round, the scoring value of the captured cards is counted. The cost is attached to the cards from the Spades suit with the Ace having the value of one, King at thirteen, Queen at twelve, Jack at eleven and all the other tickets at their face value. The other aces are also valued at one point, and ten of diamonds holds six points. The total of these cards adds to 100. If a player or team can capture all the cards from the layout, it is known as Seep. A sweep is worth 50 points, but if it happens right at the first play, it has half the value and that made on the last match has no value.

Note that among sequences AKQ is the top sequence followed by A23.

Card games provide a lot of entertainment to the players. While all card games can be played for pure fun, some games become more interesting when the players play the card games for cash. For this reason, many people love to play these games through online casinos. Thanks to these casinos, you can play all these games from home, even when you are alone. You can play with the other players who are online at the same time.

The games listed above are only a few of the popular card games. When you search online and start playing, you will be able to find many variants of these games and more games as well. The players can get to experience a lot of fun through these card games, and they also stand a chance to win if they are lucky as well as skilled at strategy.

Every casino game has its specific payout options. While some games may share, they differ from game to game. Like elsewhere, at Baazi247 also they pay out differ from game to game. As part of our effort to keep our players informed, we provide the payout information for every games on the game screen itself. If you are any questions related to payouts, please check the game settings/info section or get in touch with our support team.

The best part about playing casino games at Baazi247 is the presence of 24/7 customer support. Whenever you have any queries, you can reach out to get them resolved and continue to enjoy playing fun-filled games in the exciting casino world.